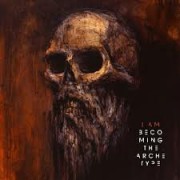 Georgia’s own progressive metal band Becoming The Archetype have released a new song off their upcoming album I Am.  The song is called “The Time Bender” and can be found by clicking right here.

I Am is scheduled for a September 18, 2012 release on Solid State Records.  This will be the band’s fifth album with Solid State and the follow up to 2011’s Celestial Completion.