New Music: Bullet – “All Fired Up” 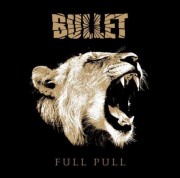 Swedish heavy metallers Bullet have released a new single for streaming called “All Fired Up.” The song comes from the band’s upcoming album titled Full Pull which comes out September 14, 2012 under Nuclear Blast.