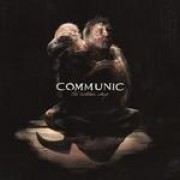 Norweigan progressive metallers Communic have uploaded a new track for streaming. The track “Denial” comes off their upcoming album “The Bottom Deep” which is slated for release on July 22nd, via Nuclear Blast.

You can listen to the track here.

“I was asked to write a track by track commentary on our new album, but found it to be quite difficult. This is a concept album, based on one specific incident in my life, and splitting it into short comments for each song made no sense right now. It is all dealing with a personal close encounter by death that suddenly came all to close, when someone really close to me passed away way to early. This incident left so many unanswered questions about life and death behind, and all these thoughts and feelings came back to me in form of the words and songs on this album.

It is not easy to talk or describe to detailed, but expressing myself through music is easier for me, and it is all written between the lines, so the deeper meaning of the album can be explored by those who feel like it.”

“It is a much darker theme then I have ever done before, and everything is far more personal then I never thought I would be. Writing this album has been like going to a “shrink”, it has been more like therapy session for me, something that I just had to do, no matter what people would think of it in the end. I hope I don’t have to do another album like this again, even dough I love these songs, and the outcome of the album is for me fantastic – it will be a statement in my life forever, and I am proud of my courage to actually go through with this.

Those who cares to read the lyrics and put themselves into the situation will get an even deeper album, even dough the songs will work great on their own as well for those who just like to listen so some interesting mind-twisting-metal tunes.”