New Music: In Flames – “Deliver Us” from upcoming “Sounds Of A Playground Fading” 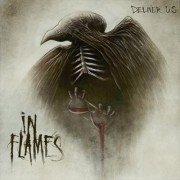 Gothenburg, Sweden’s legendary melodic metallers In Flames have released the first single “Deliver Us” from their upcoming release “Sounds Of A Playground Fading.”

The band commented on their tenth release saying: “That we even made it this far, that is amazing. Then, to deliver the album of our career that is something else….. It’s fast, slow, heavy and mellow. It’s happy, sad, angry and calm. ‘Sounds Of A Playground Fading’ is everything we ever done on crack.”

In Flames recently signed with Century Media, who will release the album June 21st. Also, the band have a slew of festival appearances this summer.