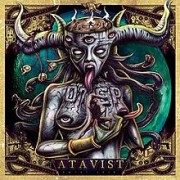 California Heavy Metal group, Otep, has released a taste of their new album, “Atavist”. The song teaser, “Drunk on the Blood of Saints” can be found on Below.

“Atavist” is the bands fifth studio album is and set to be released on April 26 via Victory Records.