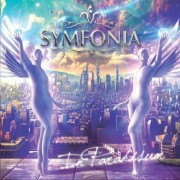 In celebration of its release, the album is currently streaming in its entirety via AOL Music. Check it out here.