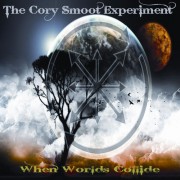 Metal Blade Records have released the second single from fallen GWAR guitarist Cory Smoot’s (a.k.a. Flattus Maximus) upcoming posthumous solo project, The Cory Smoot Experiment.  The song is called “Mutilation” and will be on the album When Worlds Collide which is scheduled for a June 5, 2012 release.

Tragically Cory died from a pre-existing heart condition and had a wife and child on the way.  The whole story can be read here.  All proceeds from this record go to The Smoot Family Fund, a fund set up by David Brockie and Metal Blade to benefit Cory’s family.

For more details on how this came about and to read a statement from Oderus Urungus about his memories of Cory click here..

“CORY SMOOT is one of the great unsung heroes of metal. His musical abilities transformed GWAR from a splatter-thrash phenomena into a top metal act. And though he may have left us way too early, he left us a lifetime of music to listen to. He tore it up like few others, and will always be remembered as the true Flattus Maximus. We really loved the man, and there is not a day that goes by or a GWAR show that is played where he is not sorely missed”