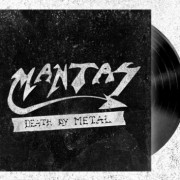 Legendary Florida death metal group Death have unleashed a song from their upcoming album of early demo material from when they went under the moniker Mantas.  The song is called “Evil Dead” and although a little raws it is an early 80’s demo, it definitely sounds like early Death.  The release is being called Death By Metal and includes two demo tapes and a rehearsal from 1984. The two disc edition will include another demo and a live performance by Mantas.

Death By Metal is set for a June 19, 2012 release in North America, a June 22nd release in Germany, and a June 29th release for the rest of Europe under Relapse Records.[youtube]http://www.youtube.com/watch?v=irsOQcLcB2o[/youtube]