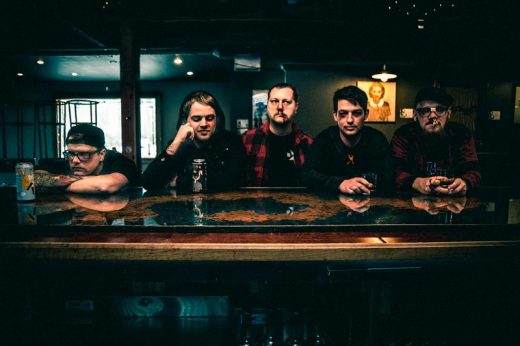 Hey rockers. Today we have a ripping and rollicking new single called “White T(h)rash” for you from Foxbat. It was awesome to find out the hard hitting hardcore and rock n roll influenced act had a song for us about white privilege being a real problem, since there are enough ignorant types out there in the world who think otherwise and since I am always trying to get people to watch 13th on Netflix. It doesn’t mean white people can’t have had hard lives, rather that they also don’t have to deal with institutional racism on top of it.

Props to the band, who fans of ETID and their ilk will be super stoked on, for confronting this important topic despite the potential to get shit from bigoted edgelord trolls.

Since forming a few years back the Louisville, KY act has shared stages with heavy hitters such as: He is Legend, ’68,  Norma Jean, Islander, and The Devil Wears Prada. Foxbat features ex-members from: SoCal’s Prog-Metal outfit I, Omega (Bullet Tooth) and Louisville’s own Party Rockers Uh Huh Baby Yeah (Revival Recordings). The band are releasing their Rotgut debut album on August 3rd via Louisville, KY’s record label Core Sample Records.

“White T(h)rash is about acknowledging one’s privilege and more specifically, white privilege,” says Clay Nevels (vocals). “White people tend to pretend their privilege doesn’t exist. Or as individuals, they don’t currently contribute to society’s perpetuation because of events that happened before the current generation was born. That’s just not the case. We all are a part of it, regardless of intentions or how you grew up. It exists. My thought is that you should be aware of it and when it’s oppressive to others; as well as, when you could potentially use it as an ally to help someone else’s voice be heard and not stifled.”