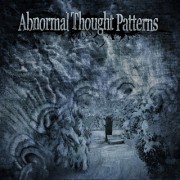 Shot at the infamous Maverick’s surf point in Halfmoon Bay by the band themselves, and edited by Wayne Joyner (Progpower USA graphic artist, etc.), the video for the intensely technical but laid-back track not only clearly showcases all members’ own incredible talents but does so with a modest and personal approach. Get further details on their upcoming EP and check out “The Machine Within” here.

Obtainable through the band’s own Cynnormal Lab Recordings, Abnormal Thought Patterns has received accolades from prog and metal fans and media alike since its release in late November. Formed in 2001 by brothers Jasun and Troy Tipton (both of Zero Hour, Cynthesis) and Mike Guy (Zero Hour), the closely-knit trio recruited longtime friend and talented guitarist Richard Sharman, a student of Jasun’s for many years, completing the Abnormal Thought Patterns lineup. Together the instrumental powerhouse present an incredible display of technical proficiency fusing angular riffs, intricate time signatures and intense solos, generally at a very high velocity, constantly creating highly intense and invigorating song structures. Five of the EP’s tracks were mixed by Dino Alden (Marty Friedman, Zero Hour), and the other two by Matt LaPlant (Sikth, Nonpoint), with mastering duties handled by Alan Douches (Between The Buried and Me, The Dillinger Escape Plan) and cover artwork by Erick “Wurm” Pollard.