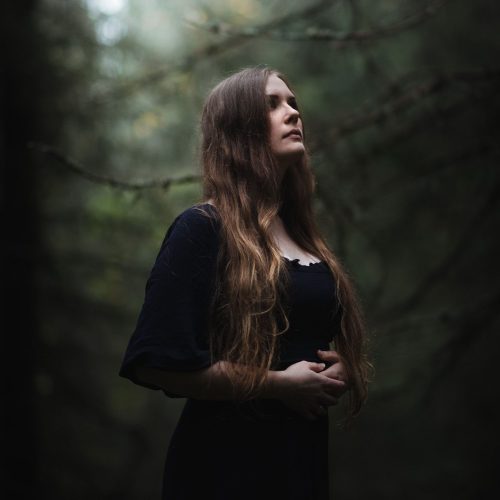 The new NOÊTA song “Elm” is the title track of their newest Prophecy release, out 4/23. It sounds like wrestling your deepest sorrows on a forest bed somewhere distant and overcast, if you could even see the sky. It is an intensely beautiful and intense realization of dark folk, tension and muted stillness paired with fae, bittersweet emotion. The song just feels wonderfully, painfully alive in a delicate state of strength. It almost fluctuates between chill and warmth in remarkable conversation with it’s own state of self. Remarkable energy paired with Êlea’s memorable vocal presence, especially when you learn the song is concerned with embracing or departing life itself.

NOÊTA comment: “The title-track ‘Elm’ is in parts told through the words of Sylvia Plath”, reveals frontwoman Êlea. “Her poem ‘Elm’ is an almost physical expression of anxiety and depression as something real and vivid that is living inside some of us –  something that is dark, terrifying and malevolent. Being haunted by anxiety and depression can lead to fear of the uncontrollable malignity living within the self. It claims the afflicted as its own in order to kill. This poem became even more upsetting to me after learning that Sylvia Plath went on to commit suicide not long after she wrote it.”