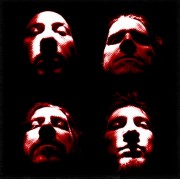 Swiss thrashers Gurd inked a booking and record deal with Rock The Nation and NoiseArt Records. The band’s new album, “Never Fail” is set to be released on October 28th.

“With our new record, ‘Never Fail’, we do have a true masterpiece ready for take-off and we are happy that it’s in good hands and taken good care of. We’re happy to have found a competent and enthusiastic partner for future crimes. Be prepared for a serious thrash attack!”

“With GURD we did sign a true thrash metal legend and their new album, ‘Never Fail’, sounds very fresh and lively and offers only killer tracks, one after another. We’re looking forward to be working with them.”

Gurd streams the title track of their upcoming album, “Never Fail” on their Facebook page.