Note to readers and bands about last year of lost content 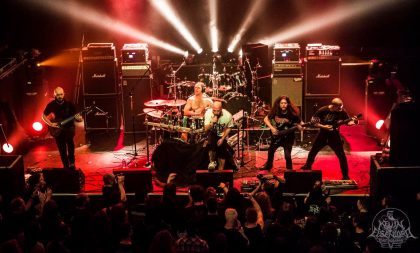 Good news and bad news, friends and foes. The obvious good news (if you love us) is that we’re back! In case you noticed, the site has been non functional for a few weeks. A Danzig album was announced, Ratt became the real Ratt again, Scorpions and Megadeth announced a tour and we could do naught but gnash our teeth! I assume none of you got your news elsewhere since you are so loyal to us. Good little hellhounds (pats you on head). But yeah, we got hit with a malware issue due to some infestation that attacked recent Drewdas Priest’s Blaze Bayley album review. We love Blaze and to send malware against a 5 star review of his recent record is basically up there with attacking democracy itself!

The site is thankfully malware free again and we will resume posting starting…NOW! But, the bad news is we lost about a year of content that simply vanished. Even after two sweeps of the old server and some very helpful tech peeps doing their darnedest, the stuff is just gone. There was some killer interview content from Cliterati to Burn to Fit For An Autopsy, tons of news posts (I myself lost about 400 posts judging by my post counter) and even our 2016 year end list. Crom!!!!!!

Some of that stuff is sadly lost for good as it was transcribed right off my phone into our back end. Other stuff will be salvaged as soon as possible. I will personally never talk shit on the new Suicide Silence album ever again because in fact the site went down right after I gave it a 2.5 star review. I would like to say that it is in fact a masterpiece and ten stars is not enough, in case any mad SS fans out there hacked us and infected the 5 star Blaze review as vengeance.