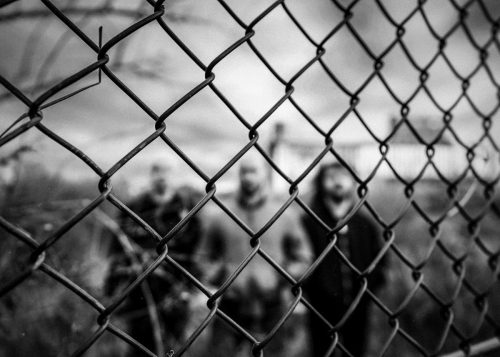 There he is! That’s him! That’s… the Warrior! He shot Cyrus!

New York is known for a ton of uncompromising bands unafraid to tell tales from the hard side over the years from Madball to Black Anvil to Crisis to of course Biohazard to Made Out Of Babies to Gridfailure to Krallice to Locked In A Vacancy to Indecision to Unsane, to name a few (haha). Add grime mongers GRAVESEND to the list. Methods Of Human Disposal is a very Sopranos sounding album title if I ever heard one (and yes, I know that is dirty Jersey).

20 Buck Spin has chosen the band as their first release of 2021 and it is fitting. While we all want to move forward like 2020 never happened, you can’t just ignore the horrors of any past period of history. New York’s blood curdling and tough as nails history is on display in these tracks, crucified and yet still alive. The drums sound like a blood soaked cardboard pillow (in a good way), the music churns like a haunted subway tunnel and the overall effect is terrifying as the band absolutely destroy on their new track “End Of The Line”. Guitar pounds like jackhammers at your sanity and the noxious vocals emit a foul haze of corruption and downtrodden malaise. Love it!

The record releases Feb. 19th but you can get a fix now.