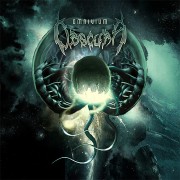 German death metallers Obscura have announced a four-week headlining European tour in the spring of 2012 in support of their latest album “Omnivium”. Support on the tour will come from label-mates Spawn Of Possession, Gorod, and Exivious. The tour will kick-off on March 9th in Stuttgart, Germany then march through Scandinavia, Eastern and Southern Europe, and the UK before returning to Germany on April 7th.

“We are stoked to announce our upcoming European headlining tour to support our newest album ‘Omnivium’! With our label-mates Spawn of Possession, tech-death lunatics Gorod and the fusion influenced Exivious this tour is a must for everyone who is into progressive music. This is the ultimate shredfest of the year!”

March 25 Day Off vs. Switzerland TBC