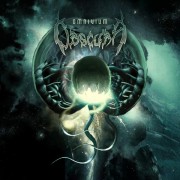 Just a month away from the forthcoming Obscura album “Omnivium” coming out on Relapse Records, the band has released a new track preview for “Vortex Omnivium” available on Metal Injections Web site.

In support of the release of “Omnivium,” Obscura has also just announced a 4-week European tour alongside Hate Eternal and Beneath the Massacre among other bands. The tour kicks-off at the end of April. View all the current tour dates here and stay tuned for more show announcements soon.

All dates from April 29 thru May 21 w/ Hate Eternal, Beneath the Massacre, Defiled

May 1 Bristol, UK Fleece and Firkin