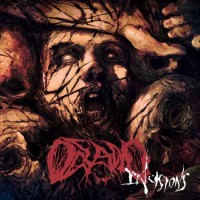 Incisions is the bands third studio album and a follow up to their 2010 album Contagion which was also released via Earache.