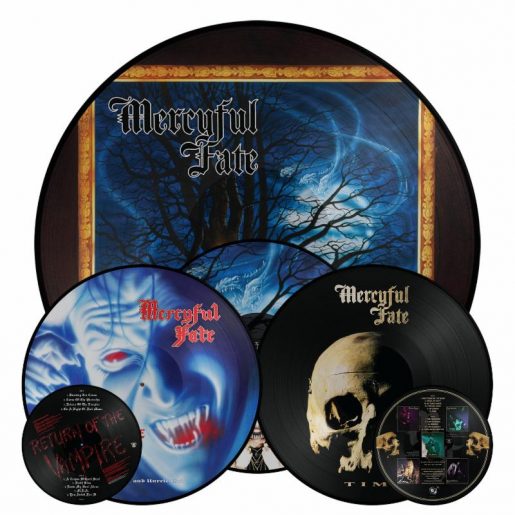 Hey metal fam. Besides work I have been spending the day discussing with people or listening to people about who really invented metalcore and driving around enjoying the new Pig Destroyer. It was good to also have an excuse to listen to Starkweather at my morning job today, though you don’t really need an excuse to hear the Crossbearer / Into The Wire reissue. “Mainline” is so fucking sick.

As for the new Pig Destroyer (which I have finally been returning to and absorbing more), I can’t imagine why anyone would be unhappy with Head Cage. There is not a wasted note on the album (despite many of them), the tones are massive and beyond devastating, the performances are manic and yet super precise but organic and adrenalized. The band sound excited with the material. And the low end is frankly fucking unreal, it sounds so heavy and awesome.

I think some people just perpetuate the myth that higher end production means a band sucks now, but that is actually toxic to bands. Not that music is gonna always make you “a living” or that should be the prime reason for making all art but if you love an artist it isn’t fair that you demand their work be super raw or commercially barely viable to the average person. It’s already fucking Pig Destroyer, lol, not SZA (who I stan). I don’t have a problem with bands I love succeeding either. I mean, you should try and pay attention to what you are hitching your wagon too as far as big companies go, but it is cool to have good music out there in the world. Every weirder band that gets bigger helps just maybe make the most mainstream heavy bands a little less shitty, haha. Did I just do what I said I hate? Lol.

Anyway, “Terminal Itch” finds a relentless kinship between guitar and drum obscenity while “Circle River” reminds me of Pig Destroyer taking a crack at noise and Melvins influences within a framework of their usual punishing aesthetic touches. I fucking loved every minute of it. “Army Of Cops” is going to prove itself to be a big song within their body if work over time as well, I’d wager. This shit will be standing after whatever dust settles, one hundred percent. The riffs on this record are fucking brutes brootal brootiful. And you HAVE to love that two minute mark hardcore break in “Cops”. It spells M-O-S-H.

Worldwide Organization of Metalheads Against Nazis II deserves support and features a killer variety of acts from Ghoul (“Nazi Smasher”) to Redbait ( “Dick Punch” studio version!) to other awesome acts we love and have mentioned  in the past like Immortal Bird, Jucifer, Stormland and Suicide Wraith.

Pay what you want for over 40 songs.

October’s Surpise (besides my Queen Taylor Swift helping register thousands to vote and endorsing a blue candidate before midterms, go girl!) was today’s This Will Destroy You second album of the year drop! Love the energy this record kicks off with, like the grandiosity of Muse channeled through something completely opposite and more underground like UOA or something, ha . Undeniable passion! Very cool! Check out the impressive New Others Part Two HERE!

Thanks to those that took the hint and stayed up with us last night to listen to the surprise… This is the beautiful black vinyl version. We’ll have it for all tour dates starting tonight in Phoenix and we left a few with @dark0perative for folks that can’t attend. pic.twitter.com/ERMXV2AQMi

Mercyful Fate (aka the band I kind of spend half the time thinking is the best metal band ever) have re-issued some of their lesser heralded yet of course worthy as heck efforts on 180g picture discs. Time in particular looks outstanding in that format. YES! Go! Purchase! Consume! And yes you can also get more well known albums like Melissa and Don’t Break The Oath in this killer format option HERE.

“You can spiral yourself into darkness with these classic Mercyful Fate albums, or you can exhibit them on your wall like I will. Either way, enjoy.” – King Diamond 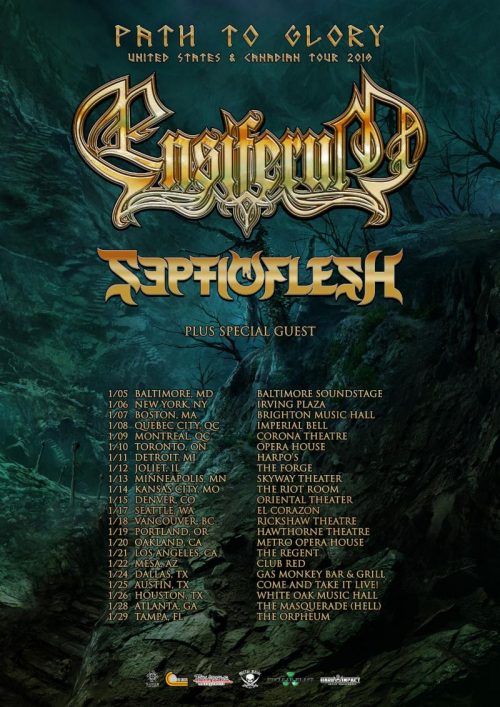 Lastly, After nearly four years of absence, ENSIFERUM has announced a full North American headlining tour. Set to begin January 5th and run through January 29th, support will be provided by mighty Septicflesh as well as an additional opener still to be announced. My mouth is watering hoping it is someone really cool, especially since I missed that awesome Amorphis/Moonspell package coming through my area and wanted to cry.

Comments bassist Sami Hinkka, “It’s been way too many years since we rocked with our North American warrior brothers and sisters. So early 2019 we will set sails and head to your shores and we are not coming alone. We will join forces with a brilliant and ass kicking band, Septicflesh, and a special guest. What a way to start a new year! This tour will leave its mark on the history of metal so get your ticket in advance and get ready to mosh with us like there is no tomorrow. On this tour, we have no chance to play in every city that we would want to, so we are doing our best to return to North America for a second time in 2019. Stay tuned and see you soon!”