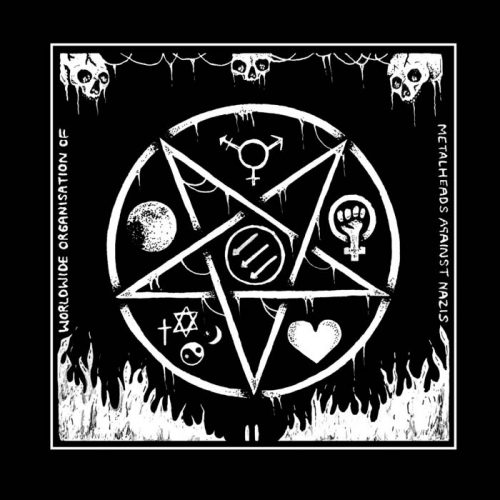 Slew of music stories for you goblins today. First though, CW Supergirl is finally bringing Lex Luthor onto the show. Please write them and tell them to consider me for the role as I am bald enough (too many tats though).

The metal world was rocked by the sad news of Oli Herbert from All That Remains passing away unexpectedly, with many people expressing how nice he was and what a sad turn of events it is. I have definitely stopped being a fan of the band some time ago, but politics aside, this is a super sad situation for everyone involved and we wish them sincere condolences. Oli certainly was talented and was loved by a lot of people.

Oli Herbert was a unique personality and extraordinary talent. His kindness was felt every time we'd meet up on the road. The music world and metal community has lost one of its best. My condolences to the members of All That Remains, his friends, family and legacy of fans.

We did our second tour ever in 2004 with Oli Herbert. He was an amazing person and guitarist. Rest In Peace Oli. pic.twitter.com/tS7hOtKj39

Definitely shitty. That said and politics NOT aside,  I waited a day to write that I ALSO wish sincere condolences to the families of children murdered in preventable gun nut school rampages almost daily which ARE mostly acted out by white supremacists who are all gassed up by toxic Info Wars who All That Remains’ singer Phil went on recently, so I hope if he doesn’t like death he reconsiders some of his horrible positions on poorly regulated gun access and shady outlets. It is genuinely sad that his friend died but I also don’t think helping Phil stay famous to spout whataboutisms, pretend “f-gg-t” isn’t a harmful word and other macho nonsense was the most awesome life choice for anyone in that band just because they got paid.

I have almost more dead friends than living at this point and so am by no means mocking the end of someone’s life, just hoping it will also cause the singer of this band to do some soul searching on the fleeting nature of time and how glorifying poor gun regulation and the NRA only brings more death to OTHER people’s family and friend groups. And how ANY right wing power leads to mental health care for depression and instability being put way on the backburner. Sorry if that’s “too soon” but that is the same thing Republicans say every time we ask for meaningful reform. I am beyond offended by anyone who is supporting or enabling their platforms in 2018 under Trump.

In other shitty news:

Hoping the talented @CCHELSEAWWOLFE and this excellent label seriously reconsiders this and drops off. Mjk “response” was dismissive “how dare you” Aggro machismo victim blaming culture whether guilty or not. https://t.co/xlYDzRbxRg

In WONDERFUL news, the WOMAN 2 Anti-Nazi comp had a super big first day:

I am exceedingly proud of this community. Your generosity has brought medical aid to those who really need it.

Stay tuned, post-day one sales will be tallied and donated at the end of the month. pic.twitter.com/tAfKRzDatZ 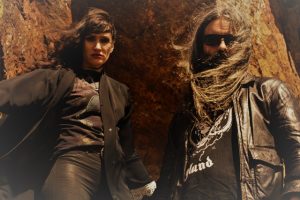 Castle, still prob the band we have covered most on this site, remain unstoppably rad and a pitch perfect heavy metal band. The West Coast road warriors have a new album Deal They Fate streaming HERE today! Matt and Liz are the coolest. Hails!! Castle has also announced U.S. tour dates in support of Deal Thy Fate. The band will launch a two week West Coast trek on November 23. The just-announced live dates are as follows:

More On: Metalcore, General News, All That Remains, Prosthetic Records
share on: