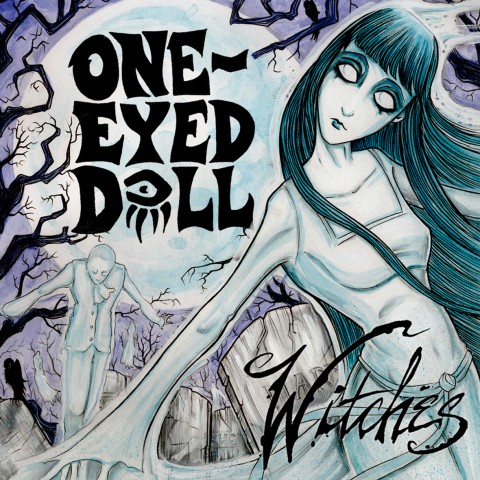 Yes, it seems witches are the new wolves, but it’s ok with us.  Remember when every band had wolf in the name or imagery the last few years?  One-Eyed Doll are getting in on the fun though and so who cares if other bands are doing it. Lots of metal and hard rock is about witches and honestly, witches are the best. Well, werewolf-witch hybrids maybe are the actual best. I’m torn.

One-Eyed Doll join the ranks of metal greats like Crystal Viper, King Diamond (and most recently and with much reverance) Karyn Crisis in documenting the plight of the Witch in history and the modern age.

“This is a “concept” album and is based on historical research of the Salem Witch Hysteria,” reveals One-Eyed Doll’s vocalist, guitarist and visionary Kimberly Freeman. “Many of the lyrics are direct quotes from the original handwritten witch trial court documents. The songs explore different personal accounts from real people and touches on theories about why it happened. It’s meant to be listened to in one sitting, from beginning to end, like a movie.”

“Even though this is probably our heaviest album yet, it was written almost completely on banjo and mandolin in the Redwood Forest near Santa Cruz, CA,” drummer “Junior” Sewell boasts. “It has this great “forest metal” vibe. It was also all written at once with several melodic themes that appear throughout the album.”

We first fell in love with this crazy duo when they opened for OTEP and stole our gothy hearts and Metal Riot recommends you pre-order this jammer HERE.

More News On One eyed Doll:

More On: Thrash, Release, One eyed Doll,
share on: