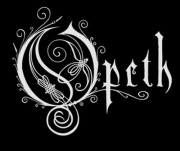 Swedish progressive death metallers Opeth will be healinding the Getaway Rock Festival in Sweden. The 2011 edition of the event its set take place between July 7th, 8th and 9th, 2011 in Gavle.

The band’s last studio album was “Watershed” which was released in May 2008 through Roadrunner Records.