Orange Goblin are “Back From The Abyss”, new song “The Devil’s Whip” debuts 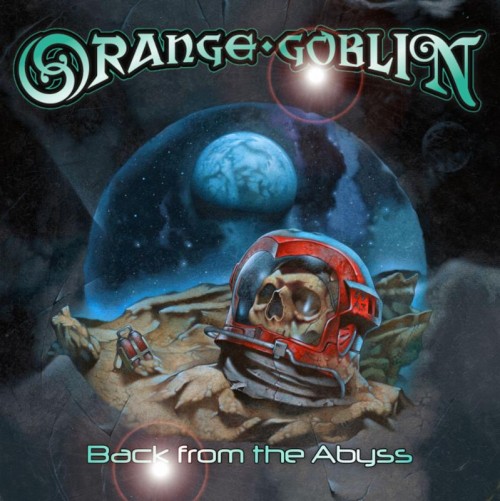 The UK’s kings of apocalyptic party doom are back. Orange Goblin, one of the best live acts on terra firma, will release Back From The Abyss via Candlelight Records on Oct. 7th in North America. The album art kind of has a vibe similar to fellow Brit’s Iron Maiden’s The Final Frontier album, without Predator-Eddie looming over a skull this time.

Recorded earlier this year in London, the album reunites the band with producer Jamie Dodd. It was mastered at Turan Audio in late July. Back From The Abyss will be available for preorder via iTunes and Amazon beginning August 26th. Fans can begin to preorder the CD today via Candlelight’s official webstore and Bandcamp page.

Loudwire.com is celebrating the announcement with an exclusive North American stream of the album’s first single, “The Devil’s Whip.” Vocalist Ben Ward says, “This song is a real old-school banger stuffed full of riffs, sleaze, filth, and speed… just like the best metal should be! It’s Motörhead-style, outlaw-biker rock in all its glory, destined to get heads banging, fists pumping, drinks flowing and asses shaking. If you don’t find yourself breaking the speed limit to this song, desperate to find the roughest bar in town, start a fight and spending the night in a cell, then you are quite clearly already dead. Let’s ride, let loose, let’s rip… that’s right, you can’t escape ‘The Devil’s Whip.'”

Check the tune out, in all it’s fuzzy glory, right HERE.