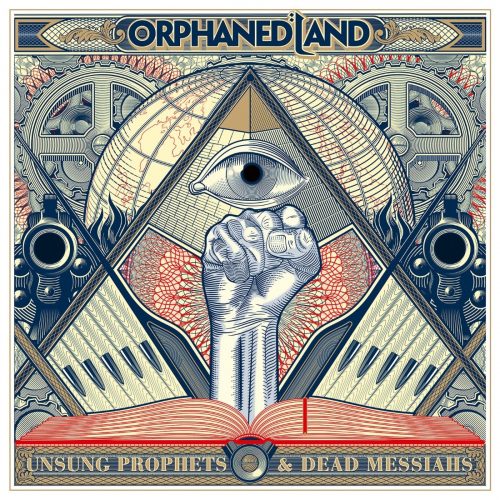 Unsung Prophets & Dead Messiahs track-listing:
1. The Cave
2. We Do Not Resist
3. In Propaganda
4. All Knowing Eye
5. Yedidi
6. Chains Fall To Gravity
7. Like Orpheus
8. Poets Of Prophetic Messianism
9. Left Behind
10. My Brother’s Keeper
11. Take My Hand
12. Only The Dead Have Seen The End Of War
13. The Manifest – Epilogue

The release of “Unsung Prophets & Dead Messiahs” will be followed by an extensive European Tour in early 2018. The band was recently seen headlining the U.S. in September. Further tour dates will be announced soon!