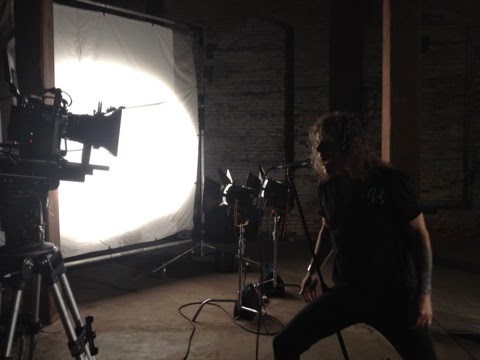 Jersey Thrash legends OVERKILL have been hard at work preparing for the release of their seventeenth LP, White Devil Armory. The band shot two videos over the weekend with esteemed director Kevin J. Custer. “Fantastic to have Kevin on board again, when he’s directing the direction is intense!” says frontman Bobby “Blitz” Ellsworth.This is the fourth video Custer has directed for the band, most notably “Electric Rattlesnake” from their previous LP The Electric Age. Blitz continues, “each time the prior results have been spot on, so our confidence is high for this shoot. From the directors eye to yours/ours, should be a killer!”