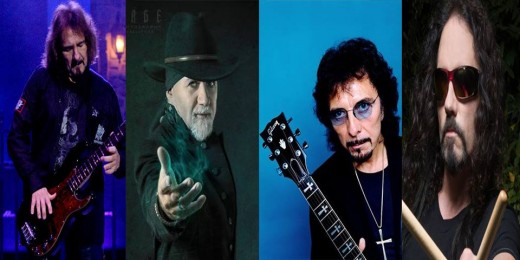 Black Sabbath has announced a “new” singer after Ozzy Osbourne announced his departure from the legendary metal band today.

“He’s [Ozzy] 66 years old, and years of being on the road have just taken their toll. He wants to focus on family and gardening now, which has been a secret passion of his for a long time.” replied Sharon Osbourne, his wife of 32 years.

Black Sabbath guitarist Tony Iommi has announced former Sabbath singer, Tony Martin as his replacement. “Tony is, by far, the most capable singer I’ve ever worked with. He was able to sing the songs of every era of the band. It will be great working with him again. Geezer [Butler, Black Sabbath bassist] and Nick [Menza, newly announced drummer- since Megadeth dropped the ball on that one again] are looking forward to it as well.”

Tony Martin issued a statement saying “This is something the fans have demanded for years now. It’s been a long time, but it finally feels right.”

“The company no longer makes the sticks they used to jam up his ass to keep him propped upright on stage, so he has decided to step down as Sabbath’s frontman so the most dynamic vocalist of the band could return,” commented bassist Geezer Butler.

Dust off that Headless Cross, bitches.