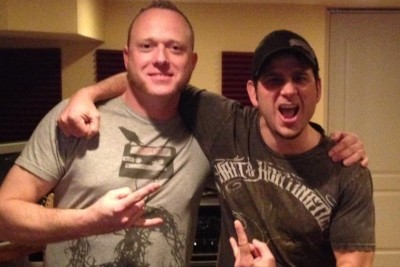 Painmask bassist Carl Carlew had this to say: The most exciting thing about working with a producer the caliber of Joey Z is that we are confident that our vision for how these tracks could sound, and should sound, will finally be fully realized. We have the utmost respect for where he comes from as a musician, and I feel that musically and vocally he has pushed us to deliver the best performances possible. Joey’s music has helped shape our sound through the years, so I can’t think of anyone better to capture where we’re currently at in our musical evolution. As a producer, he has recently worked with bands such as NYC’s Killcode that are currently making waves in the metal/hard rock underground, so we hope to use his involvement with this recording to help springboard Painmask to the next level. We have hopes for big things on the horizon!

No word yet on when the tracks will see the light of day but we will keep you posted. In other news, Painmask are seeking a new guitarist. Interested applicants better know their Biohazard and can contact the band via Facebook HERE.