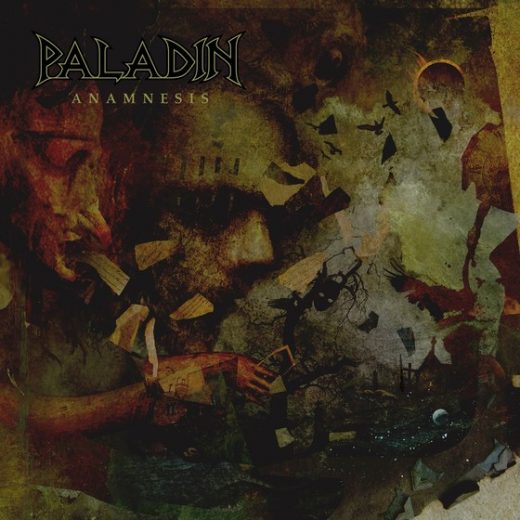 Very, very cool news today as we learn that one of the brightest new stars in metal Paladin are releasing a covers EP dedicated to the legends Nevermore this month! Prosthetic is releasing the EP digitally on December 13th, 2019 to end the year on a soaring and intense note.  The cover art for the Anamnesis EP has been created by Travis Smith, a longtime artistic collaborator of both Nevermore and Warrel Dane.

Of the choice of songs on the EP, PALADIN guitarist/vocalist, Taylor Washington comments:

“River Dragon was an obvious choice since it’s probably their most recognizable song. I wanted to do something from This Godless Endeavor since it’s still my favorite Nevermore album, and Final Product was kind of the default choice since it doesn’t have any super ridiculous hard parts in it. We also wanted to do an older song, one that wasn’t played on a 7 string. The name is a mouthful, but I’ve always been partial to 42147 because it’s filled with great riffs and the subject matter is interesting.”

A chance meeting with Nevermore drummer, Van Williams, gave PALADIN the impetus to pursue the idea of recording the songs, which will be released on 13 December – the anniversary of Dane’s death. The band’s connection to Nevermore goes back several years as Taylor explains:

“I remember picking up This Godless Endeavor from a liquidation sale at a music store back in high school. From the first listen it immediately resonated with me and I knew it would become one of my favorite albums and Nevermore one of my favorite bands. When Prosthetic proposed the idea of doing a Nevermore tribute EP to commemorate Warrel Dane’s death, I honestly hesitated. Jeff Loomis is an absolute monster on guitar and Warrel had one of the most distinct and dynamic voices to grace the metal world. The task of having to do justice to those two and Nevermore as a whole was a daunting one, but I couldn’t say no. I decided to sing the songs the way I would rather than try to sound like Warrel since that would feel disingenuous to me.”