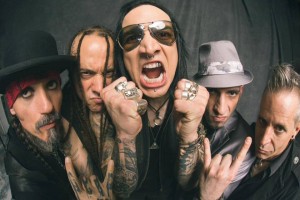 Who can PANZIE‘s new frontman be?

It is with great pleasure that I get to formally announce our newest member, Jasin Cadic. Jasin is best known for his work as frontman in the NYC based band STARKILLER. PANZIE has been a long time fan and friend of Jasin’s, and it turns out that Jasin also was a fan of ours. Prior to Jasin’s entry we felt like we were exhausting all possibilities, we just couldn’t seem to find the right fit and settling wasn’t an option.
When the possibility of working with Jasin arose we all became very excited. We were very familiar with his work ethic and what he brought to the table and knew it could be explosive but, the true test was what would happen when we all got together, what would it sound like?, what would the vibe in the studio be?, Can we all get along and make kick ass music?

The answer was YES , YES, YES! Our first time in the studio was more of a jam session and not an audition. We all went in with a “let’s just see what happens” attitude and 30 minutes in we all looked at each other and decided right on the spot that this just had to happen, which is very much how PANZIE came to be in the first place. It just felt right, there was no need to over analyze it. Jasin Cadic fits right in and the timing for both of us was right. We have been playing together now for a few months and I can say that our initial gut feelings were spot on. It sounds and feels kick ass. We are really looking forward to our first show with Jasin at Arlene’s Grocery in NYC on August 6 and are looking forward to what the future holds. Don’t miss this event, there will not be another 1st, We are looking forward to this show and reconnecting with all our long time supporters.
“WE ARE PANZIE”
DC, Gonzalez