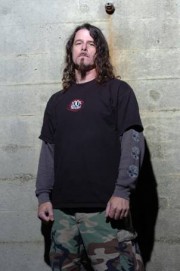 Paul Bostaph, who has been the drummer for California thrashers, Testament, has left the band recently. The band is now seeking a new drummer. Vocalist Chuck Billy has stated:

“I, Eric, Alex, and Greg want to congratulate our brother, forever, Paul Bostaph on his new band, BlackGates. And while ‘The Hands of Mayhem’ will be sorely missed from our band, we wish him the ultimate success in everything that he does in his future.”

Testament has also announced that they will be releasing a new album in Spring 2012 entitled “The Dark Roots Of Earth,” through Nuclear Blast.