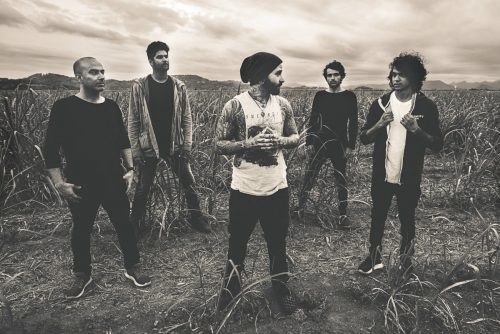 Happy hump day, humanoids. This midpoint of the week finds us fresh off the news that (gasp) Trump and cronies lied about Karen McDougal and he probably can be convicted of a felony for some aspects of this. That is great news in my book. Let’s celebrate the continued debasement of America by getting into some sick music news, chums. Oh, incidentally I also found out today that I have the same birthday (day, not year) as former Bush guitarist Nigel Pulsford. Who knew?!

Ok, let’s talk about (drumroll)…Skyharbor! This is a cool nu-progressive Indian-American band that I only learned about recently. Kind of give me Linkin Park meets BTBAM vibes, if that combo makes sense mentally. The band has a new track “Dissent” premiering at Revolver HERE. I am more into the big cleans and the sort of shimmering prog parts than the nu metal groove stuff but honestly it is all chill and works seamlessly. They’d be great on a tour with Islander, Nothing More, Periphery or Threat Signal, in my mind.

“Dissent is a really interesting track for us,” says vocalist Eric Emery. “It’s sort of a throwback to all of our metal influences from our youth blended with the skyharbor sound. It’s a bit of an outlier on the record stylistically, but it has definitely turned into one of our favorite songs.”

Skyharbor will release Sunshine Dust on September 7, 2018, via Entertainment One (eOne) / Good Fight Music. Keshav adds, “It’s taken almost four years and it’s been a real labor of love, but we’re thrilled to finally get this record out there to our fans. We’re incredibly stoked on these songs and have really dug in deep to explore and represent what we truly feel is the Skyharbor sound.” 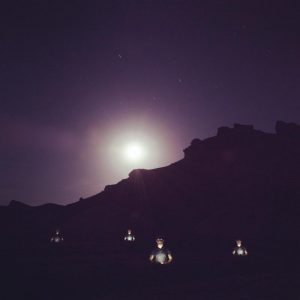 The Oxford Coma have hooked up with great Philly label Nefarious Industries (Bangladeafy, Fuck Your Birthday, Laces Out). I fucking love their weird ass clangy, groovy and dry blend of rock n roll infused underground weirdness. It is quite hard to describe but could appeal to fans of Mike Patton’s bands, pigfuck, weird ass proggy stuff or just anti-social but kind of fun and difficult music in general.

The Oxford Coma’s Billy Tegethoff states, “The journey to the perfect label has been daunting, to say the least, but when I saw Nefarious Industries’ interview with Decibel that said something to the effect of ‘we look for the most adventurous and least commercially viable acts we can find,’ I was like, hey this is it. These guys are willing to put in time and effort to get weird bands to a receptive audience; a mission we share. I think it’s a perfect partnership. It allows us to keep doing what we always have as an independent band, but now we have friends and labelmates to do it with. Party.”
Nefarious Industries’ Greg Meisenberg reports, “We’re all chilling at a 4th of July BBQ, skewering shrimp, lighting up firecrackers, and the conversation drifts to this email we all got the night before from a band that describes themselves as progressive psychedelic grunge rock with a record titled Everything Out Of Tune that sounds like King Missile’s rendition of Failure covering Primus. Naturally, we were stoked! Plus, we’re all huge fans of the Oxford comma. And puns. Definitely looking forward to 2019!”
Watch for more on this development as the band sets up to record the new LP next year.
In the meantime, The Oxford Coma is currently booking a Western US tour for September and October in support of their Steve Albini-produced second LP, Everything Out Of Tune. Watch for the routing to be announced shortly.
Everything Out Of Tune is out now on limited edition colored vinyl LP and all digital providers; find physical merch options through the band HERE and via Nefarious IndustriesHERE, place digital orders HERE, and see several videos from the album HERE.