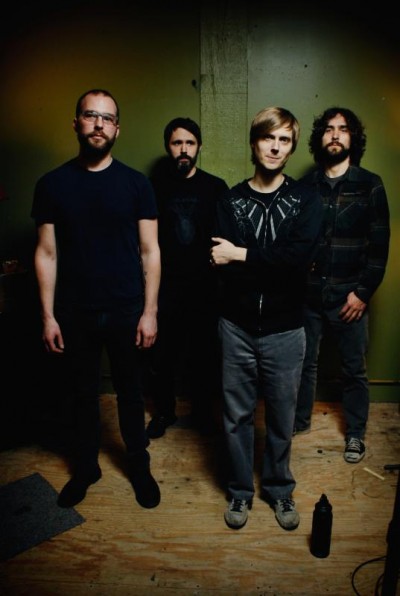 Chicago indie and post-metal heroes Pelican have a new EP called The Cliff which is quite tasty. The EP boasts re-inventions of a track from the band’s most recent record, 2013’s Forever Becoming. The EP features remixes by members of Palms/Isis as well as Justin from Godflesh/Jesu, plus a new song recorded by Sanford Parker of Corrections House . Check out a link to a track with vocalist Allen Epley below. This is only the second time the band have had vocals on a release and Allen is another important figure from that part of the U.S., respected for his time in Shiner and The Life & Times (who put out a great new record Lost Bees this year). Also of note, Dallas from Pelican has a killer punkier band The Swan King he also plays in that I just chatted with him about HERE for New Noise.
Uhhhnnnnyhow…Hear “The Cliff (vocal version)” via MetalSucks RIGHT HERE.