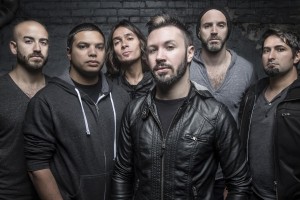 “After a year of hard work on our two new albums, Juggernaut: Alpha and Juggernaut: Omega we’re excited to be able to share the first look at music from either album,” said guitar player Mark Holcomb. “‘The Scourge’ shows off a darker, more brooding side of the first album, Alpha, and it touches on some of the melodic and lyrical themes referenced throughout the two albums. Enjoy!”