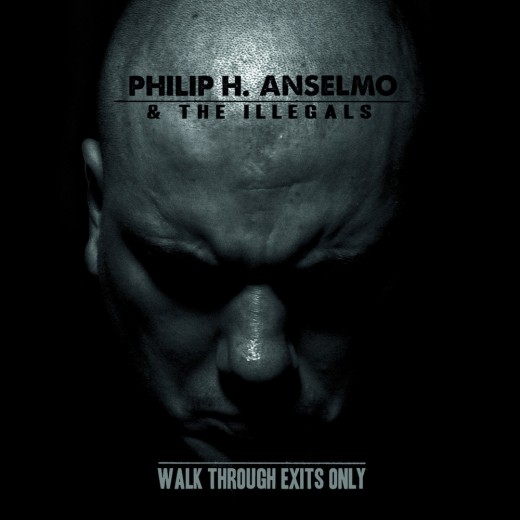 Well, here it is.

Hopefully sincere as many people (myself absolutely included) have often loved the guy and he has done great things. I’ve been pressed for time all week and so haven’t commented much except on Twitter and our Facebook wall about this.

Huge Down fan and wanted to not be biased by that as also no room for racism in scene. Plus, Shit…can’t we fucking have a week without drama? I’m even trying to put my own behind me. But shit has to get addressed when it comes up or lingers long unresolved, whatever the case.

Hate to learn the racism angle some have accused him of (such as some of the other allegations Rob Flynn mentioned, like calling The Burning Red the “nigger era” of  Machine Head, for example) might be true or a pattern.

I know people who know him well and say he is the funniest and nicest dude. Down just jammed with Living Colour.

When I met him at a Down signing on 9/11 in NYC years ago he was extremely friendly to all the fans of different races and genders. Which is why I was quick to defend Phil to at least be given benefit of a response to the accusations of racism. Also, Down’s Van Halen cover of “Aint Talkin’ Bout Love”  at that show in ’09 was...far beyond awesome and one of the best live moments of my life as a fan.

We need more discussion to evolve, and it is good he apologized. Flynn was seemingly wrong in that there maybe was white wine backstage (not that it is ar all a great excuse). While I am against censorship it was still a tasteless end to a rocking night of unity.

I feel bad for dude in that everyone knows how much pain he was in for years over Dimebag and for this to have happened while he was trashed at the end of a cathartic night must feel fucking crazy. Like, I hope dude does not shoot himself. Seriously.

But, woah. Yeah, people are not psyched.

I think he can come back from this through continued frank discussion and taking the right steps. Even if he was a full time racist, American History X proves people can unlearn bad habits. Being really drunk sometimes leads to horribly casual/shitty language and irresponsible actions. I know once years ago at a concert after a devastating personal loss where I was drinking myself blind to mask the pain of deaths in my family I was so upset I got blind drunk on absinthe, beer and Wild Turkey and tried to make people beat me up /pile on the pain  by yelling horrible, horrible things (the little I recall).

And I am bi sexual (closeted at the time and VERY self loathing) and not racist at all. I love people.

Part of why I haven’t had a drink for three years out of grief and a desire to never blackout like that again.

Hopefully that is similarly the bottom line here and his cooking show doesn’t lose sponsors. \m/

It’s good he is admitting this hurt/shocked people. We all really need more healing in this world. Maybe it is time to mellow out and listen to some Alcest, everybody. Or some reggae.