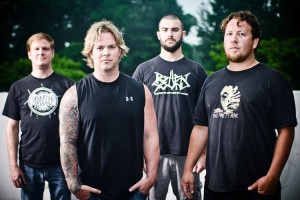 Grindcore vets, Pig Destroyer have announced two shows to close out 2013 next month.  The first of which will take place December 20th in Richmond, VA at Strange Matter, with Occultist and Noisem.  The band then plays their final show of the year on December 21st at the Fillmore Silver Spring in Silver Spring, MD, with openers, Darkest Hour and Black Cloud.  Tickets are on sale now for both shows.