Portrait’s ‘Burn The World’ is out today, listen to “Mine To Reap” now 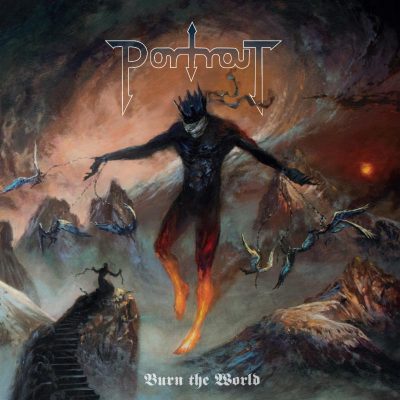 Taking a break from catching up on FearTWD and being pissed Travis seems to have died to let you know Swedish heavy metallers Portrait will release their new album, Burn The World, worldwide via Metal Blade Records today! For a preview of Burn The World, the new single, “Mine To Reap” is below. I’ve been blown away by everything I have heard from this release so far. Old school heavy metal fans are gonna pull out their hair in excitement at Per Lengstedt’s soaring cries over some classic but aggro riffing and big rhythm sounds. I wish to heck they were on the Dark Tranquility, Warbringer and Striker tour to make it an even more bad ass package.

Anyhow, give this band some support! Not every band makes $5 million a gig like Metallica and so we must nod our heads in approval and save some mead for those who fight for metal regardless of the level of personal gain (besides being awesome, of course). I swear to God, there are many days when I could swear Sweden makes the best metal bands. It is pretty hard to argue with.