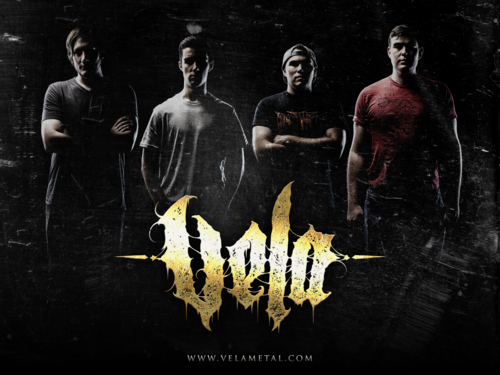 Baltimore metalcore faithful VELA have delivered a video for their song “Cult Of The Mountain” which we are happy to premiere for you today. They have an early 00’s metalcore influence (like so many acts, as that was a very influential era) but also cite more heavy metal or progressive metalcore hybrid bands like Trivium and Born Of Osiris as influences on their heavy sound. A full length album is intended for 2o19 with details to be announced in the future. I gotta say, it is hard to get sick of dueling guitars and some steadfast rabid kick drum devotion. I dug this track, though it does not stray far out of the general genre lines until the very cool and more experimental bridge. That isn’t always a bad thing. This song has a few dizzying guitar moments to boast of and roars down doors.

With this single and our upcoming album, we really want to take what made 2000’s era metalcore so great and evolve that into a modern sound. All the members of our band love that era of music and are constantly inspired by bands like Trivium, Killswitch Engage, and August Burns Red. Lyrically, the song is about the Aum Shinrikyo in Japan who conducted sarin gas attacks to cleanse the world of humanity. Our song was actually released on the day the leader of the cult was executed for his crimes completely by coincidence! – Eric Ferguson – Guitarist for Vela