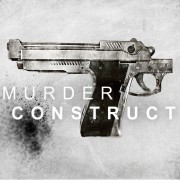 Los Angeles deathgrind band Murder Construct have premiered a video for their song “Red All Over” from their debut album Results. The album was released via Relapse Records on August 28th and the video was directed by Mitch Massie.