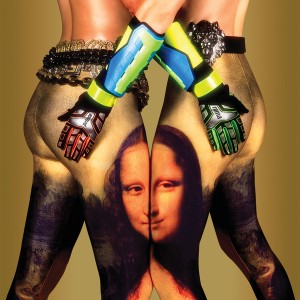 “For Xtreme Now, Prince Rama’s reported influences include Monster Energy Drink, living in a black metal commune on the island Vormsi off the coast of Estonia, the past, the present, the not-too-distant future, Scandinavian folklore, near-death experiences, ancient ruins, and Vikings.” – Interview Magazine.

Prince Rama may be more akin to the dance/art house set but they will rock most bands off the stage and I have tweeted with them about Guns N Roses. Their new album is going to be so awesome and they were much more interesting than most metal bands I have seen in years live when I caught them at Kingston’s O+ Fest this past year.

So yeah, their new record is kind of like when those dudes in Harold and Kumar keep yelling “EXTREME!”, so I decided to give them an “Extreme Metal” category story over here as a nod to their radness. I mean, they have a Liturgy-esque manifesto and have even written the Top 10 Hits for the End Of The World and hats off, cuz that is as metal as it gets! So sometimes they sound like the New Power Generation a little bit (or should I say NOW power generation?). That’s cool!

The illustrious Interview magazine has a (surprise!) interview with the sisters about pitch shifted multi-gender vocals and character perspectives, and as noted- how hanging out in a  Black Metal commune in Estonia and other elements like Monster Energy Drink shaped their new sounds. The also featured new single “Bahia” is great to dance to, energizing and super dope.