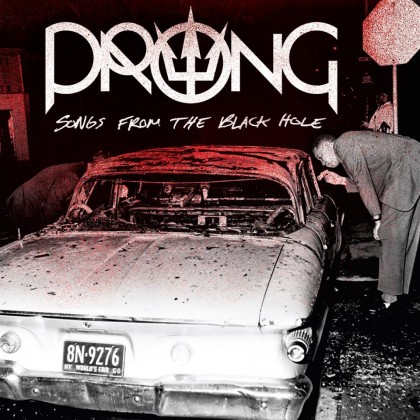 American Power Trio PRONG is getting ready to release an album of cover versions, putting their distinct spin on an array of tracks originally recorded by artists such as Black Flag, Bad Brains, Adolescents, The Sisters Of Mercy, Killing Joke, Hüsker Dü and Neil Young.

Tommy Victor: “Prong is very excited about the upcoming release of our new record, Songs From The Black Hole, and equally excited about the artwork and packaging! Since the record explores Prong’s roots musically and geographically, this needed to be expressed visually and this was attained. With the help of our art director Mike Lopez, the theme of urban decay, desolation, insecurity and ultimate change that prevails in the music has been brought to the surface in images. Since much of Prong’s origins come from a place of abandonment, we feel our new album artwork fully reflects this sentiment. I think one can get a grip of the hard hitting, dangerous sounds inside from a glimpse of the packaging of  Songs From The Black Hole. We certainly hope you enjoy this latest release, inside and out.“

SPV/Steamhammer will be releasing the album as CD, LP and in all digital formats in Scandinavia on March 25th, in Germany on March 27th, in Europe on March 30th and in the USA on March 31st 2015.