Prophets Of Rage set to #UnfuckTheWorld with help from Michael Moore 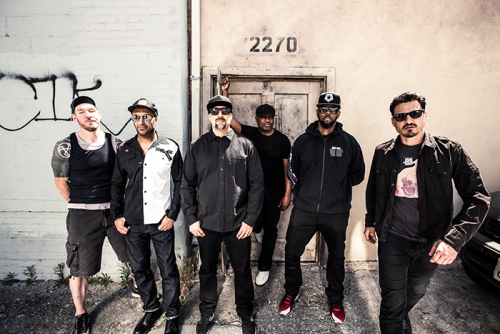 Taking a break binging old Star Wars: The Clone Wars episodes before they leave Netflix in a week (shouldn’t they have a permanent residence for fans!!) to spread the damn good word that Prophets Of Rage‘s “Unfuck The World” is here and it is fire. A tight and well executed video directed by Michael Moore, great performances and live footage from everyone involved and did I mention Tom Morello’s illest solo in years? I mean, Tom always plays cool sounds but this one is extra spicy. And shout out to whoever threw in the Blair Imani clip briefly, cuz she is an awesome person and inspiring. Also really feeling the B-Real verse on this one, though of course Chuck’s was cool also.

Nestlé has been a leader in the effort to privatize public water, Trump is pulling out of climate agreements and kleptocracy is darkening skies with greedy clouds over all of our heads whether we are woke to it or not. RATM and Audioslave fans as well as of course Cypress and especially Public Enemy fans can relax knowing this original song kicks fucking major ass. Watch the video for “Unfuck The World” HERE.

A debut album from these live and direct legends is due in September and features 12 original songs produced by Brendan O’Brien http://smarturl.it/Prophets

If they are all as good as this one, we are gonna be in fine fighting form. #resist

More On: Alternative Metal, Music, Rage Against The Machine, Epic Records
share on: