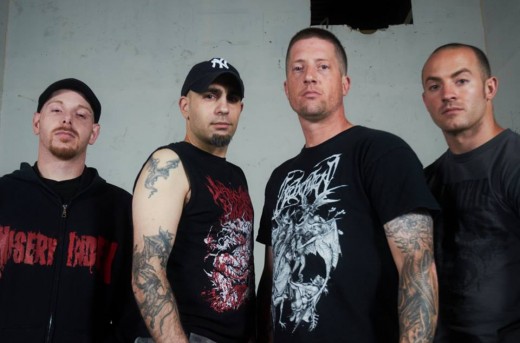 “Infliction” is off of Pyrexia’s latest album Feast of Iniquity, which was released last week via Unique Leader Records.

Guitarist Chris Basile had this to say about the video:

“We wanted to do something completely different than what everyone else is putting out. Kind of like our music. Something that the viewer/listener can watch and as soon as it’s over be like, ‘Holy shit! What the Hell did I just watch?,” and want to watch it again and again to see what they missed.”

Check out the video for “Infliction” here.