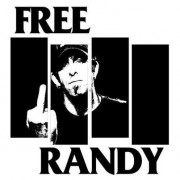 The sadly still imprisoned Lamb of God frontman, Randy Blythe, will be getting another bail hearing on July 19 according to WTVR. As good as it is to hear that the wheels are still turning, its a straight up tragedy that he remains in jail and apparently “a Prague attorney could still be allowed to again comment on bail” and if bail is revoked he can be keep in prison for up to six months. I am not going to paraphrase the whole article but if you have been following the “trial” its worth a read.