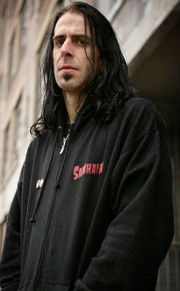 A panel of Czech judges has ruled that concert promoters and not Randy Blythe are responsible for the death of 19-year-old Daniel Nosek at the concert that took place in on May of 24th 2010. In light of a great amount of pressure Randy seems to have said and done all the right things and as elated as he must be to not have to spend anymore time in a Czech prison he was sure to keep Daniel and his family in his thoughts and prayers.

Blythe posted the following statement Instagram:
“I have been found not guilty & acquitted of all charges against me. I am a free man. I only wish for them peace. Thank you for your support.”

Blythe declined to talk after the trial but made the following statements to the court earlier:
“As I’ve stated previously, I do not wish to avoid my responsibility, and if I thought I were guilty I would plead guilty right now,” he said. “I still believe I acted responsibly to protect myself, my band, our equipment, and our audience. I did not strike anyone or run across the stage to push anyone,” as one witness had claimed.

The prosecutor immediately appealed the decision.

More On: General News, Lamb of God,
share on: