Raven Black release” He Is The One” lyric video 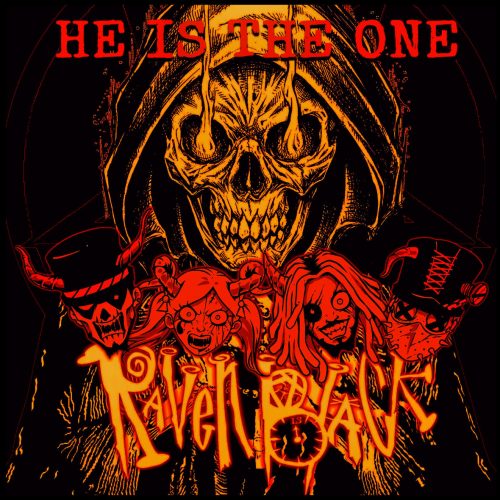 Wow, today really was a treasure trove of new metal riches with Ozzy, Sepultura and King Diamond all releasing some outstanding material that knocked me on my ass. I also want to steer you in the direction of a fun band we like around here who those of you who can take a little camp with your metal (and remember kids, you can’t have many a decent horror film without kids at a camp, haha).

Dark alt metal rock force Raven Black have released their charmingly deranged new single “He Is The One” as a lyric video. The seasick swing of this possessed sounding song will make you run to hide in the cupboard or under the bed from your demons…but there may be no place to hide? Muhahahahahah! Pre Order the band’s upcoming record HERE.

RAVEN BLACK will also be joining up with STATIC-X, DOPE, and WEDNESDAY 13 on the second leg of the 20th Anniversary Wisconsin Death Trip Tour / Memorial to Wayne Static Tour beginning today in Austin, TX and wrapping up December 8 in Colorado Springs, CO.

“We are incredibly excited to also be performing on the second leg of the Static-X Wisconsin death trip 20th anniversary tour Featuring co-headliners Mushroomhead and Drowning Pool and support from + DOPE + & Wednesday 13!” – RAVEN BLACK