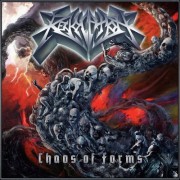 Massachusetts death metallers, Revocation, have announced that they have made a music video for their song “No Funeral” off their current release, “Chaos of Forms.” The music video is expected to be released in November and was shot by David Brodsky of MyGoodEye NYC.

“Chaos of Forms” was released in August 2011 through Relapse Records.