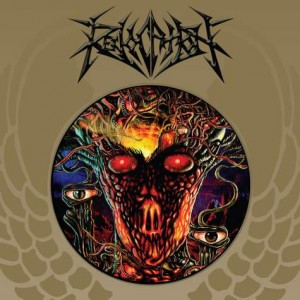 That’s right. Boston techy headbangers (and personal favorite) Revocation have announced the details of their upcoming self-titled record (which we’ve previously reported on). It’s being released August 6 via Relapse. It’s also the first full-length with “new” bass player Brett Bamberger, who joined in 2012 and played on last year’s Teratogenesis EP. The insanely awesome cover art for the new album (shown at left) was made by Orion Landau, who has done work for Nile and Obscura, among others.

The track list for Revocation can be found here.