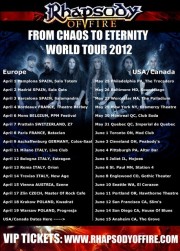 Straight out of Italy, symphonic metalheads Rhapsody Of Fire have revealed details on the band’s first ever headlining North American tour.  This is also going to be the first time that their new guitarist Tom Hess will be playing live with the band.  No pressure Tom.

Rhapsody of Fire’s last studio album was From Chaos to Eternity and was released in June 17, 2011 via Nuclear Blast Records.Founding member and keyboardist Alex Staropoli commented:

“American and Canadian Rhapsody Of Fire fans have been waiting a long time for our return to North America. We’ve heard your demands and now it’s finally a reality! Rhapsody Of Fire is stronger than ever and ready to bring to you the longest, biggest and best show we’ve ever done in the band’s 15+ years history.  We’re also giving fans the opportunity to spend an incredible amount of personal time with us face-to-face in order to bring us very close to our fans in a very personal and meaningful way.” 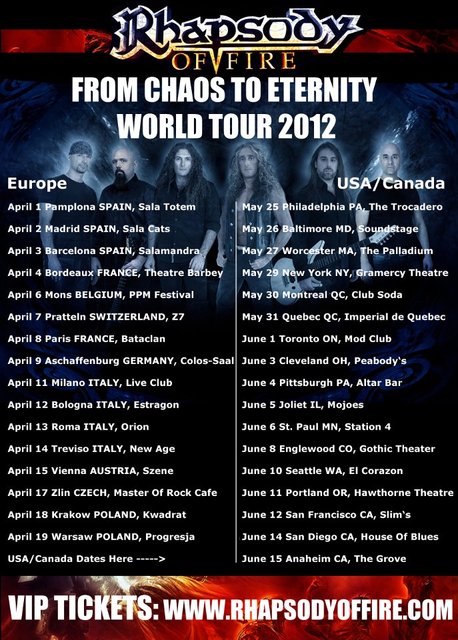 More News On Rhapsody of Fire: