RICKY WARWICK ‘When Life Was Hard And Fast’ album out , “You’re My Rock And Roll” video 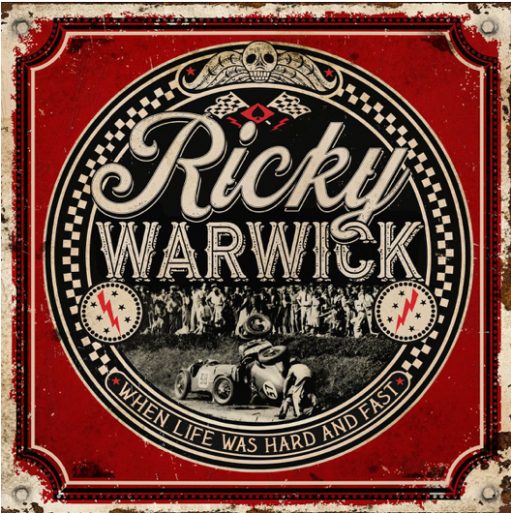 Ricky comments on the release of his new album “This album is a statement of my intent, a love of rock n roll, songwriting and playing from the heart. The only way I know how. I’m so honored I now have the opportunity to share it with all of you!”

Buy the album on various formats, including a 2CD Digipack which includes the bonus covers album ‘Stairwell Troubadour’ (which includes everything from Maiden to Dead Or Alive to Ramones to Britney Spears covers!), now from:

For the process of recording the album, Ricky was joined by Robert Crane (Bass), Xavier Muriel (Drums) and Keith Nelson (Guitar) as well as a number of special guests including Def Leppard’s Joe Elliott, Andy Taylor formerly of Duran Duran, Thunder’s Luke Morley, Dizzy Reed of the mighty Guns ‘N Roses and even Ricky’s daughter Pepper. Keith also produced the new album, having previously worked with Buckcherry, Blackberry Smoke and Alice Cooper. Keith noted that “Ricky is a true Rock-n-Roll soul… he’s got incredible stories to tell and a unique way of telling them. It’s been an honor to be asked to partner and contribute to this record.”

Check out a new video below! “You’re My Rock’N’Roll” is an infectious yet street-wise song that feels like what it means to live for rock, a punk-tinged power anthem that brings to mind working class, scab knuckled hands wiping down the bar to start all over again. It’s the sort of song that would make the Social Distortions and Rose Tattoos of the world proud, a fine tribute to the many faces known and unknown behind the genre’s glory and ongoing legacy.