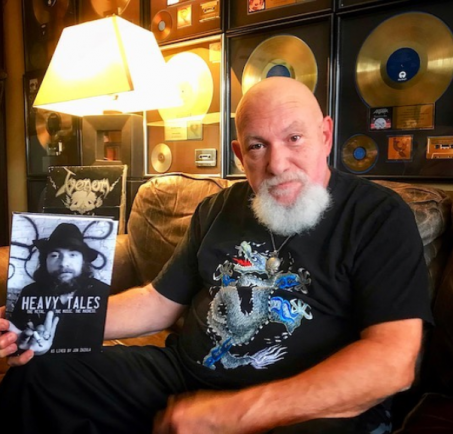 RIP Jonny Zazula, cofounder of mighty Megaforce Records (arguably the metal label which had the biggest impact in metal history). The news was confirmed in a Facebook post from Zazula’s daughter, Rikki. Our hearts go out to Rikki and the rest of Jonny Z’s loved ones. His dedication and love of the artform rippled outward and helped countless people, leaving behind a huge impact.

The world of rock and metal would not be what it is today without Jon Zazula.

Jon's love of music and musicians was unwavering. A giant was lost today.

The loss of Jonny Zazula is tremendous. He was a true pioneer & so many of us owe our careers to him, even if indirectly. RIP to a legend.

Very sorry to hear we've lost the legendary Jon "Jonny Z" Zazula, the first manager of Metallica, who together with his late wife, Marsha, cofounded Megaforce Records (Raven, Anthrax, Testament). It was my pleasure to have Jonny on my podcast in 2019. RIP. https://t.co/pZONhurWIp pic.twitter.com/NxTjerACOx

From my very first moments getting into metal, the name Jon Zazula aka Jonny Z was popping up in my careful, thorough examinations of cassette liner notes. A clearly respected man among my earliest musical heroes. RIP to a founding father. https://t.co/KLyPxXSl4z

So sad to hear of the passing of Jon Zazula. He was east coast and I was west coast in the early days of metal. He worked with so many amazing bands #ripjonzazula

Sad to hear that Jonny Z, a massive legend in the metal world, has passed away. RIP Mr Z pic.twitter.com/6nvDZlq12z