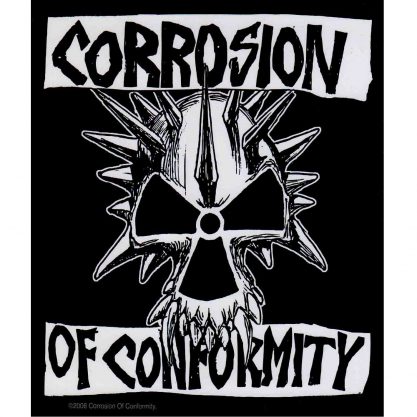 It’s with heavy hearts that we say goodbye to a friend, a brother and pioneer. Reed you are loved and always will be. Lets all take a moment… pic.twitter.com/33HKp9tU7v

Man, I wanted to start out by saying here’s some love to everyone hurting from this sudden news of Reed Mullin’s passing. What a powerful life he had in the underground rock scene. Those iconic shuffling fills and grooves or explosions of life-filled energy and a Cheshire grin or funny skeptical look. So many powerful records and songs that he was a part of – the epitome of earth shaking and important rock n roll and hardcore.

I hate writing memorial pieces as part of the “job” of running a rock news blog. It isn’t that you don’t want to collectively mourn or celebrate a life. News explodes fast and I don’t want to ever seem like an ambulance chaser before a human being processing the news as a fan that someone real died. A real person with friends and family and often the full impact or shape of a life can only be seen by God. You can never summarize a life accurately and do it justice. I just don’t believe it is possible.

Reed seemed like an awesome fucking dude and his playing was legendary. I am so thankful for the inspiration he gave me as a fan and so many others and for the few brief convos we had on Facebook. Put C.O.C. on your Spotify shuffle today and you’ll have hours of proof of how good his work was (don’t forget the underrated Candlelight stuff from before Pepper was back). But that doesn’t tell the full story of what he meant to others as a person.

I JUST FOUND OUT WILLIAM REED MULLIN OF CORROSION OF CONFORMITY HAS PASSED AWAY.I PLAYED WITH HIM A FEW YEARS AGO IN EUROPE. ALWAYS CAUGHT COC WHEN THEY PLAYED NYC.DUDE WAS A GREAT UNORTHODOX DRUMMER & A NICE GUY. A TRUE HARDCORE PUNK LEGEND. REST IN PEACE!!!

I’m so saddened to hear about #reedmullin . I think back to the days of meeting him and getting to know this person that had a glow around him . I’ll never forget the time he lost one of his shoes in the pit at one… https://t.co/Kk1qB70p2Z

What a shitty month this has been for drummers. Sad to hear Reed Mullin from Corrosion of Conformity just passed away. Here we are at St Vitus on my 30th birthday in 2012. It was the only night i was ever scolded by staff for getting a little too crazy in there. Rest in peace